Shock horror? ZCorp to be acquired by 3D Systems

Three-dimensional printing technology company Z Corp. of Burlington is being bought by 3D Systems Inc., in a deal in which Z Corp’s parent, Contex, is selling it and another subsidiary for $137 million combined. What to make of it? 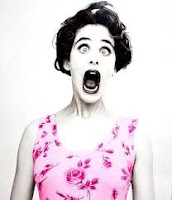 3D Systems has been acquiring and consolidating capabilities over the last years. The signal this sends about 3D Printing is unclear. Consolidation usually occurs late in an industry, once commoditization has set in. This is hardly the case for 3DP, or has all the additive technology already been invented and now it is just a case of commercializing it? Or is this a Street-led land grab or simply opportunistic. An interesting question would be why would Contex decide to sell ZCorp? Its 3D printers are among the world's fastest, most affordable and the only ones capable of simultaneously printing in multiple colors.

There seems to be statement here by Ratos, a private equity conglomerate with interests in Contex:

The combined businesses now acquired by 3D Systems generated revenue of $58 million in the 12 months ended in June. Shares of 3D Systems fell $1.02, or 6.1 percent, to $15.81 in afternoon trading.

3D Systems is quoted on the stock market (Nasdaq: TDSC). Is the quarter-to-quarter grind good for 3DP and for innovation? The company seems very focused on the market. Are they aggressively acquiring in the hope of aggregating sufficient capability for further rounds of funding, or to buy out competition in a niche market? Their CEO naturally talks up the impact of 3DP technologies on traditional manufacturing and how 3DP is the basis of future competitive advantages in personalized manufacturing, yet these are very long term effects, incompatible with quarterly shareholder pressure.

A big focus on all 3DP firms is to democratize the market. What they mean is, lower the price point and move the systems out of the design shop and into the hands of consumers. That's going to take a lot of cash.
Posted by Howard Smith