It appears as if MakerBot Industries may have moved out of the 3D Printer Kit market, and will now only sell fully assembled units. We think this is a mistake, and far too early a move in the rapidly expanding hobby/maker market around 3D Printing.

'Makers' and the 'maker culture' want parts, and kits, and extension kits, and the flexibility to make the 3D Printer of their dreams. They want to make things! Plugging a new real of plastic into the very same machine that everyone else owns is not the same thing at all. Not at all.

MakerBot should be a one-stop-shop for 3D Printing to the hobby/maker market. They need to supply everything required for making and using 3D printers, from the smallest parts, to the larger parts, to the specialist parts, right through to consumables. 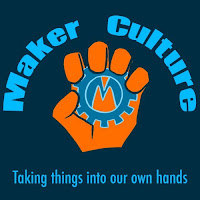 'Makers' want to create 3D Printer mash-ups. It's the maker culture that's big, not yet the market for home 3D Printers.

A lot of people are going to be disappointed by MakerBot's decision and are going to find other ways to source parts for their 3D Printing maker projects.

As Bre Pettis, founder of MakerBot and the first 3D Printing celebrity according to Business Week, admits “The way I see is that we’re just at the beginning of this market ... In technology circles, people know about this stuff and maybe know someone who has a 3D printer. The next step is moving to where you go to a neighbor’s house to get a new doorknob printed or something like that. We will get there in the next year or two. In 10 years, having a MakerBot will be so normal. It will be like having a microwave.”