Now it gets nasty.

Giant 3D Systems is suing both tiny Formlabs, and Kickstarter, over patents relating to 3D printing, specifically stereolithography. After an incredibly successful funding round on Kickstarter, the sad news will come as a surprise to many. 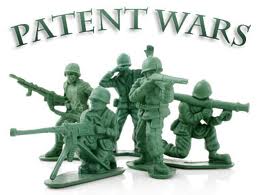 According to the BBC, in legal filings 3D Systems point to statements by Formlabs executives about the expiry of related patents, allowing it to avoid paying licensing fees to 3D Systems. They also cite statements by investment bank JP Morgan highlighting the disruptive threat posted by Formlabs and low cost stereolithography to future sales of more expensive 3D Systems products.

3D Systems says that Formlabs did not approach them to ascertain whether their work might risk patent infringement. 3D Systems are claiming immediate and irreparable injury and damage to their business.

As well as crowd-sourced funding via Kickstarter, Formlabs is VC-backed. It is unusual for venture capitalists not to have done their due diligence with respect to any blocking patents. Especially in this case, the patent angle was well known. More will no doubt emerge over the next days and weeks.

The news comes after financial analysts highlighted questionable accounting practices at 3D Systems, which led to a stock slump. At the same time, some commentators are saying that despite consumer and media excitement about the potential of additive manufacturing, the sector is over-hyped, and ripe for a bubble.

Backers of the Formlabs Kickstarter funding round which totally $2.9M will no doubt now be wondering whether that money will be diverted from fulfilling orders for Form-1 printers, into the coffers of industry giant 3D Systems [NYSE:DDD].

The rights and wrongs of this specific case have yet to be determined.

The moral of the story may be: do not back a start up with significant cash unless it is clear they are not infringing patents of incumbents. The cash might not end up where you sent it! Let's also hope it does not end up in the hands of lawyers, depriving Formlabs of the funds it needs in order to fulfill the orders pledged via Kickstarter.

It is inevitable that companies whose market valuation depends to a large degree on patents will defend their future earnings potential on behalf of their stockholders.

There is a wider debate about the global patent system and whether it is broken. Whole books have been written about it.

Read Innovation and Its Discontents: How Our Broken Patent System is Endangering Innovation and Progress, and What to Do About It The Economist said of this book that it is "A disturbing analysis of how the patent system, the heart of the knowledge economy, is rotten. With plenty of examples, the authors explain how America's patent system has become slow and bureaucratic, awarding too many patents for the wrong sorts of things. As a result, it is a threat to this most innovative economy."

No one knows how the action taken by 3D systems against FormLabs and Kickstarter will turn out. More and more coverage of the story is appearing around the web, including links to the legal documentation:

Experts claim that key patents in 3D printing start expiring in 2013, and will continue to lapse through 2014 and 2015. Enthusiasts hope for a big bang of 3D printer innovation, and massive price-drops, in the years to come.
Posted by Howard Smith