In August '13 the company acquired CRDM a UK provider of rapid prototyping services. Also in August DDD snapped up TeamPlatform a cloud based platform for managing 3D projects and services. And in July Phenix Systems were acquired. Phenix specialized in very fine metal powder direct laser sintering. And in May RPDG was acquired a leading US provider of Rapid Prototyping and Manufacturing services.

A long history of acquisitions precede these latest announcements.

Why is this happening?

Why are these innovative companies not able to stand on their own two feet?

And it's not just 3D Systems who is acquiring. Their main competitor Stratasys [NYSE:SSYS] acquired Makerbot Industries in June 2013. Makerbot are the flamboyant manufacturer of arguably the most popular consumer 3D Printer on the market today: the Replicator and the Replicator 2. These were preceded by the Thing-O-Matic introduced in September 2010 at the NYC Maker Faire. Even a healthy dose of venture funding could not save them. In August 2011 the company announced that they had received $10M venture funding from the Foundry Group. The acquisition by Stratasys was just two years later. 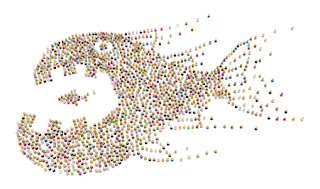 Why did Stratasys, who had previously only targeted industrial sectors, need to acquire Makerbot? Purely and simply it had nothing to do with innovation or new product development. Stratasys just needed something with which to compete against 3D Systems' own consumer products, the Cube and the CubeX.

Compare the history of Makerbot with the perseverance and innovation over five decades of a company such as Apple Computer Inc. It is ironic that some industry observers were comparing the young Makerbot Industries to the early Apple Computer. The comparison was meaningless. Makerbot grew out of the RepRap movement and Fused Deposition Modelling (FDM) of common or garden thermoplastics. It was already a commodity technology. 100s of similar RepRap inspired devices were being created by one man band innovators. Stratasys could have created its own products easily. So why did Stratasys pick MakerBot? It was because of the brand awareness created by charismatic CEO Bre Pettis. He virtually defined the company with his deep 'maker community' roots. This is what had attracted VC funding for Makerbot prior to the acquisition by Stratasys. The technology was already in the wild. The story illustrates how the industry has become obsessed by acquisition as a source of growth, as opposed to product innovation.

Take another example. Objet Geometries was an innovative Israeli company who dominated in multi-material and mixed-material photo-polymer 3D printing. They defined the standard for realistic product prototypes. Yet even they failed to make it on their own. The company merged with Stratasys at the end of 2012. They name now refers to the product line only. 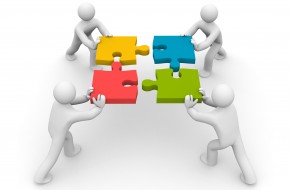 These examples are not of big sharks acquiring little fishes. They are not even examples of competing products. When 3D Systems acquired ZCorp it did not do so in order to take out an unwelcome competitor. ZCorp was a unique process which added to the existing 3D Systems portfolio. Similarly, when Objet merged with Stratasys there were no competing in-house products which had to be disgarded. Objet, like ZCorp, was as different from Stratasys' existing processes as ZCorp was from 3D Systems legacy stereolithography products.

Why are good companies with good products finding it hard to go it alone? 3D Systems and Stratasys now oversee sizable portfolios. They can certainly help individual products to find new customers using age-old 'cross selling' techniques (sharing customers lists and the like) but boosting sales and marketing is not the only reason. The numerous different 3D Printing processes can be considered a set of niches within niches. They are pieces of a larger puzzle.

When an industry consolidates it is a sign of commoditization. Everyone who knows AM knows it is not a new technology but has been maturing for decades as a set of discrete and very different technologies. The media may view "3D Printing" as the Next Big Thing, but industry insiders know otherwise.

What's new are the services innovations. Customers are demanding end-to-end processes and total solution providers in both consumer and industrial settings.

The Additive Manufacturing industry is at an inflection point. 3D Systems and Stratasys are still acquiring product companies in the hope of controlling patents, gaining unique processes and buying into market share. But the larger trend playing out is the race for the customer's attention via compelling services. This is why 3D Systems is buying into services via RapidForm, RPDG and CRDM and others. 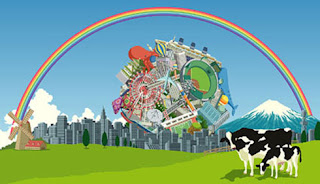 Look to companies such as Shapeways and iMaterialize as great examples of 3D Services. Such companies don't sell (nor service) 3D printers. Instead they offer simple amenity: a transformative customer experience with comfort and convenience). When a creative 3D designer signs up to the Shapeways or iMaterialize service they are instantly transformed and become their own production line, factory floor, distribution channel, shop and retail outlet.

If you want a picture of the future of 3D printing, think 3D experiences, services and transformations, not 3D printers.