Scientists at Drexel University in Philadelphia have announced their intention to build working replica dinosaurs by using a 3D printer to create stand-in bones and tissue.

The team claim they will have a working dinosaur limb by the end of 2012 and a complete dinosaur within two years. And soon thereafter, their robot dino could be revealing how motion looked millions of years ago. [There are no details of which 3D Printer or technology will be used]

Read more: Jurassic Bot: How to Build a Robot Dinosaur With a 3D Printer - Popular Mechanics 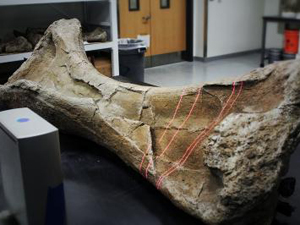 In a similar story, The Smithsonian, which has 137 million exhibits in 19 museums, is using a hi-tech scanner to capture its most famous exhibits in high resolution. Once it has captured the item, it will then use an advanced 3D printer to painstakingly recreate the exhibit layer by layer.

Read more: No longer one of a kind: Smithsonian makes copies of artifacts using 3D printer to lend them to other museums 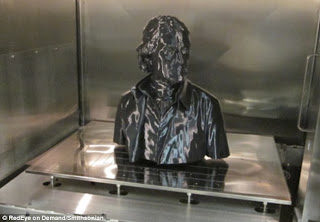 The Smithsonian are working on this project with RedEyeOnDemand - a 3D printing service within the Stratasys umbrella. They employ Fused Deposition 3D printers from Fortus (a brand now owned by Stratasys) but also the PolyJet technology from Objet Geometries which is not part of the Stratasys group of companies.

Resolution for these 3D printed precious object replicas is claimed to be 0.0004 of an inch in the original article. Should that be 0.004? 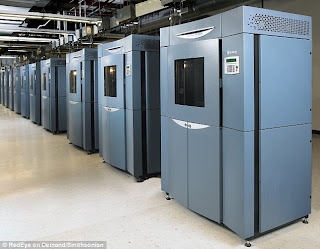