How many 3D printers do I need in my house? From the 3DPrintShow

3D Printing machines may never be as general purpose as the digital computer which can be easily re-programmed via software for any conceivable task or application. This fact drove the revolution in home computing. Enthusiasts and families could confidently buy a home PC in the sure-fire knowledge that it could do almost everything if the required software was available. Even if a package did not exist for their hobby or other need, buyers were reasonably confident that within a few weeks or months, something close to what they wanted would come to market. 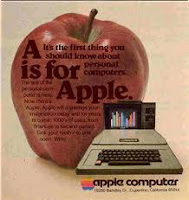 This created a self-reinforcing relationship between the sales of computer hardware, and the sales of computer software. New software applications drove sales for more machines. More users with their own computer drove the industry to develop new software. There was a whirlpool of growth that has not been repeated since in any other technological category. It continues today with the rise of 'App' stores, smartphones and tablet devices.

This dynamic is not true of 3D printers (yet) and may never be.

Today's consumer price-point 3D printer is only able to print in plastic and only in a single color at a time. The variety of objects that can be produced this way is limited, as evidenced by a similar look and free of objects displayed at 3D printing maker faires. For this reason, a consumer-led 3D printing revolution may turn out to be very different to the world-changing events that took place in the late 70s and early 80s.

Public awareness of 3D printing is increasing, but there is no home 3D printer revolution (yet).

This reality was on my mind as I visited the 3DPrintShow in London last week. A panel of experts and CEOs of well known 3D printer companies were assembled for a Q&A session. They included Bre Pettis CEO of Makerbot,  Erik de Bruijn open source manufacturing expert and co-founder of Ultimaker and Dr Phil Reeves an additive manufacturing expert and managing director at Econolyst. My question kicked off the panel. It was:


"How many discrete 3D printing technologies are there?
How many 3D printing machines will I therefore need in my house?"

One panelist quipped that you only needed one printer, theirs! This is not true. Perhaps they were joking. While the 3DP technologies divide into broad categories such as: SLS (selective laser sintering), FDM (fused depostion modeling), SLA (stereolithograhpy), Electron Beam Melting (EBM), Laminated Object Manufacturing (LOM) and Selective Laser Melting (SLM), the panel of experts confirmed that (with variations and including the more unusual processes) there could be as many as 25 to 35 different additive manufacturing methods. The panel were unsure of the exact figure.

If the consumer market is looking for a truly universal 3D printer, several very different technologies are going to have to come together. Otherwise the market will be dominated by dedicated printers for niche markets, e.g. Chocolate printers, Pasta printers, Icing printers, Lego block printers, Dolls House accessory printers etc.

As I walked around the exhibition, I discussed this possibility with some of the exhibitors.

One path to a more universally applicable 3DP machine might be exchangeable extruder heads and purpose-built software. Want to print Pasta? Pop in the Pasta-extruder and load up the Pasta design software. Want to print a building for your model railway? Pop in the plastic-extruder and load up your railway layout design software. Need wood? Near wood filament is already available. How about paper or card? Mcor technologies provide a machine that prints gorgeous 3D models with surface color imagery that would be perfect for many hobbies, but there is no extruder to switch in. Mcor's process uses letter/A4 paper, a water-based adhesive and proprietary software. 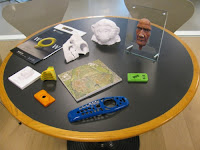 As I walked around the show, enjoying the creativity on display and observing how people reacted to the exhibits, I was struck by how they divided into two camps: those who were most interested in the printer mechanisms, and those who were more interested in the objects emerging from them. If there is to be a consumer-led 3D printing revolution, I am sure that it will be the applications, and not the machines, in the driving seat.


The road to a single, universal, viable, consumer 3D printer may be a long one:


Someone must be working on all this? While hobby printers and the open source 'RepRap' communities get a lot of press, they did not create the 25 year old technologies of additive manufacturing that commoditisation is now allowing them to bring "good enough' alternatives to market at consumer prices. For the Star Trek Replicator, do we need to look to the industrial giants and R&D labs? 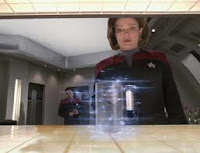 Are the latest 3DP acquisitions a clue, or just an example of the industry consolidation after twenty five years of past innovation?

3D printing giant 3D Systems have, over the last few years, developed and acquired many diverse 3D printing platforms and the associated patents. Nothing could be more dissimilar than the technologies at the heart of ZCorp and Objet. Will we see hybrid systems and new patents emerge?