Just as we reported a story in which Harvard economist Ricardo Hausmann argued that if the USA stood a chance of being part of a so called "third industrial revolution" it must make 3D printers (You Must Make The New Machines), China is gearing up to do just that. 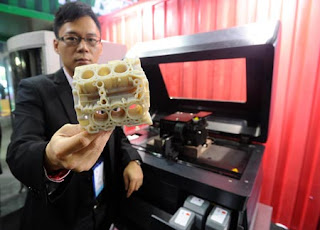 China is making and exporting 3D printers even though additive manufacturing is only just starting to gain momentum the world over.

Chinese R&D is ramping up. China now has four major research centers, including Xi'a Jiaotong University, Huazhong University of Science and Technology, and Tsinghua University, working to bring 3D printing into the mainstream. 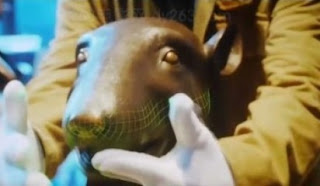 In Jackie Chan's latest movie CZ12, also known as Chinese Zodiac, there is a scene in which the actor uses specially made gloves to scan a bronze animal head that once crowned the famed fountain clock of the imperial retreat Yuanmingyuan Park (the Old Summer Palace). The action star then recreates the bronze head using a printing machine that operates three-dimensionally.