While the consumer, art, aerospace and automotive applications of 3D Printing get all of the media attention, there are also many applications of what might be called the 'Long Tail'. 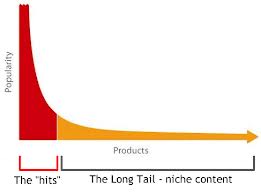 The 'Long Tail' is all about making the things you need, that you simply cannot get anywhere else, and which no one else needs.

In a paper by the Soil Science Society of America, a team describe how, using a 3D printer, they are able to create specialized soil-science equipment. One example is a permeameter. This device measures the hydraulic conductivity of soils.

Because complexity comes for free in 3D printing, the team were able to produce parts containing, for example, non-concentric structures and intricate conduits ... things very hard to make otherwise.

It would be too expensive for them to place a contract for a custom part with a traditional manufacturer. To 'tool up' the supplier would need the scientists to place an order for hundreds or even thousands of units!

With 3D printing the scientists can model what they need on the computer, and press 'Make'.

Another advantage of 3D printing in scientific work is that the 3D model file can be shared on the Internet, allowing other scientists to improve on it. Even if other teams did not need to change the design, they would still be able to download it just by clicking on a web link, and then print it for themselves, locally.

Simple 3D printers are also portable. It is not inconceivable to take a 3D printer into the field, or on expedition, and print any parts needed on-site.